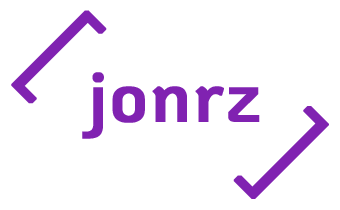 In 2016, Nearing their 25th year of amazing help freely offered to Bone Marrow disease patients, The Foundation decided to go bold and go big, with an online platform with multiple web apps that would extend their reach and help to thousands of patients and their loved ones across the USA. Furthermore, they have decided to, over the following two years, extend their help to cancer patients as well, a move that would greatly and quickly increase their user base, but also their workload to new limits.

Starting in 2017, I have helped The Foundation to better understand their users, and overcome several obstacles during the process of designing their new suite of apps. It was necessary to create new ways for users to interact with little to no moderation workload for The Foundation, so their reach could be multiplied without loss of care quality, fulfilling their mission.

For this project, I have donned one of the highest number of hats in my career so far. Product designer, UX strategist, designer and researcher, project manager, frontend developer, user advocate, systems thinker, and teacher.

I have led a team of 5 developers from architecture to deployment, whilst availing myself of systems thinking to empower The Foundation’s team to become the User Researchers themselves.

I have worked in collaboration with a Foundation-appointed Art Director, who provided very strict design guidelines, and had frequent brainstorming and collaboration workshops with The Foundation’s key stakeholders. 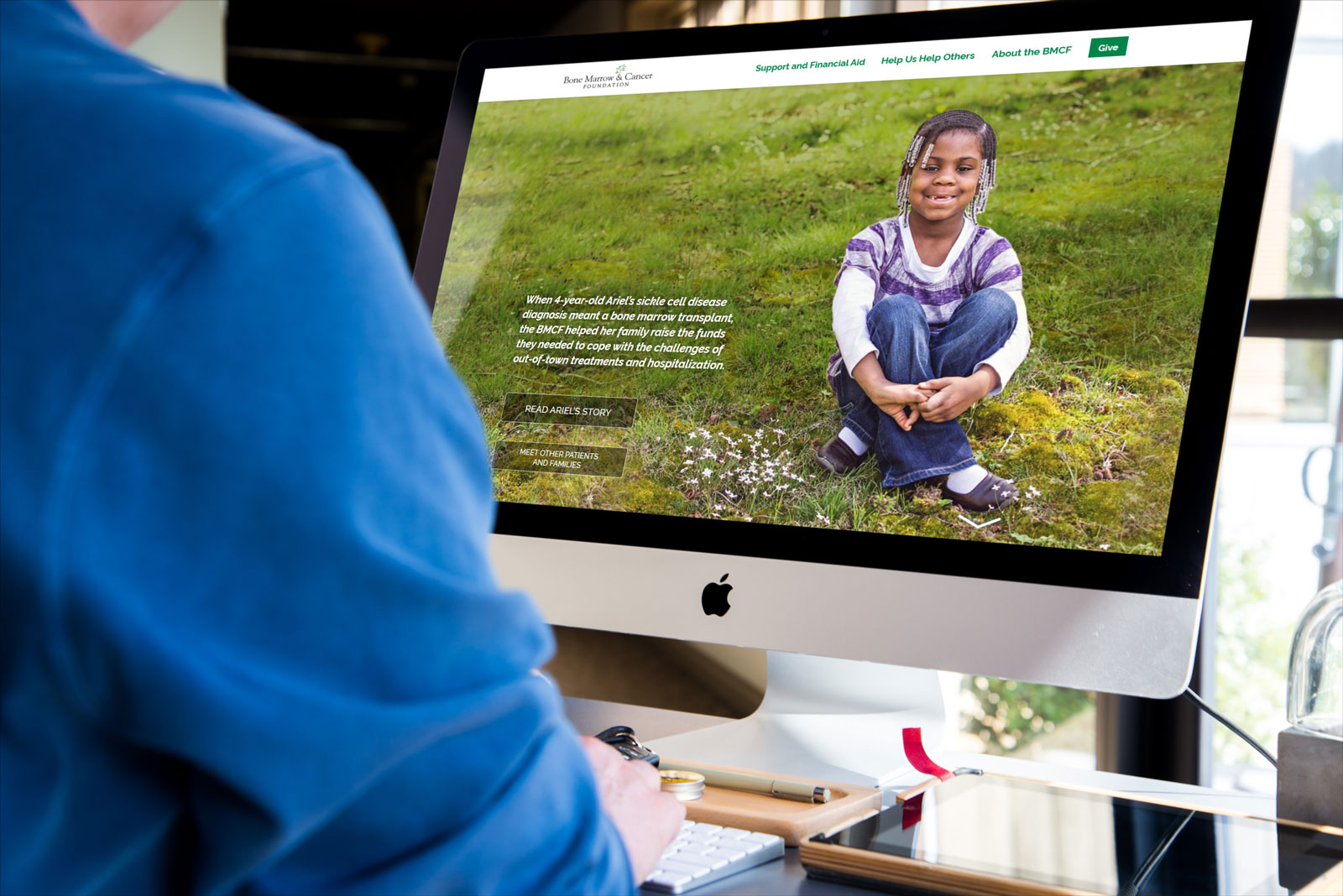 The Foundation had an existing, yet very limited, white label SAAS Crowdfunding platform, as well as a rudimentary “ask the expert” platform for anonymous submission of questions from patients. I have completely re-envisioned these platforms, as well as ideating and bringing to life several new ones, such as a volunteer/patient matching and scheduling system, a journaling (blog) platform for journey sharing and receiving messages of support, patient and family support from both experts and mentors, medication intake tracking and follow up, and complementary care counseling, all tied together with a community management system for the patient to visualize and manage all the people with which they would interact throughout all apps.

One of my most complex challenges was to manage the deadline and limited budget — fully powered by donations from generous sponsors — with the self-discovery process that The Foundation was going through as a first-time software development buyer. The founders are tireless in their intense drive to help people… to live… That’s nothing short of amazing selflessness. That process slowly but fiercely dawned on them the empowerment that online platforms would provide the Foundation, and all their patients. How to put a budget and deadline to that?

Another challenge I have faced was that contact with users, who were going through a delicate and life-threatening ordeal, was limited to through The Foundation staff. As a Systems Thinker and teacher, I have empowered the stakeholders and staff at the Foundation to become user researcher themselves, reporting back basic user interviews and user test sessions to form a pool of high value qualitative research results.

Our fact-finding expedition through The Foundation’s history of help and care pointed us to the need of starting by establishing all of the personas, all the user types that would interact through the platform. From there, I would model their hierarchy and relationships through intertwining user journeys, mapping touch points with The Foundation and their external expert volunteers.

From there, I have designed the roles and mapped the necessary permission trees for each, which allowed me to begin prototyping the community manager, the foundation on which all other apps would be built on top of. In total, more than 30 prototypes were built spanning all user roles, including The Foundation admin interfaces for all apps.

ONE APP AT A TIME

In order to maximize the outcome of the available resources, we have opted for sequential parallelization of tasks — testing of the previous would occur in parallel with development of the next, and so on — without overwhelming any of the stakeholders.

The leading app, Carelines, would be designed and developed first, not only because Carelines was the housing for the most complex parts of the community manager, but because it contained the most complex function, volunteering. Ideation and prototyping were split into functions, to be evaluated and tested with internal stakeholders between iterations, until reaching a point where user testing would be more of a “peek into the future” than a chore for our fragilized users. 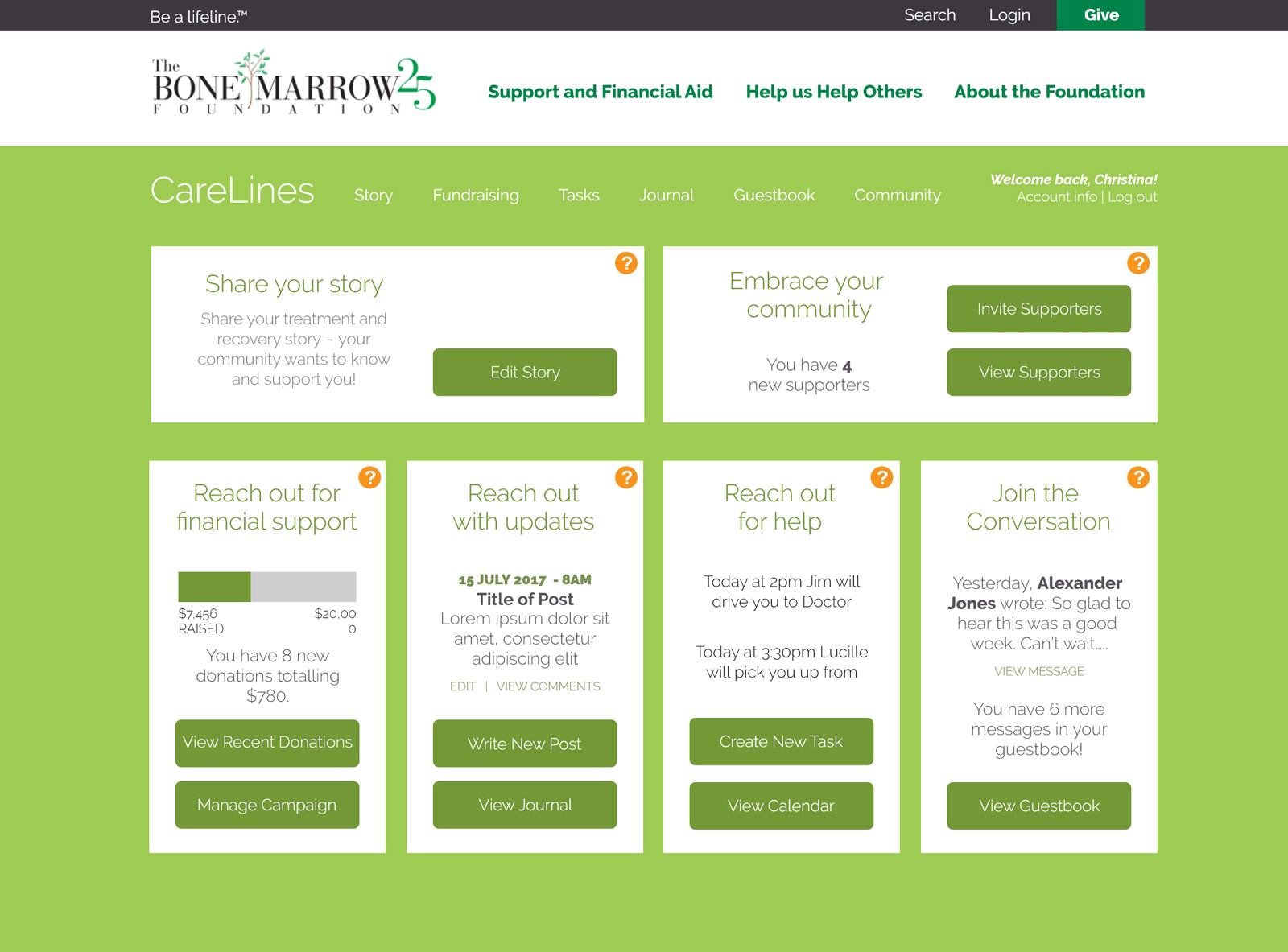 With limited resources, The Foundation needed more than anything else to make every dollar invested last. The apps should be designed with long-term evolution at the top of the mind, as well as lasting long periods of low development activity without generating a burden of costly maintenance.

A solid and long lasting open source CMS platform was chosen, the Joomla CMS, for which the development of components is highly cost effective. Furthermore, the abstraction level between the platform and the components was such that development maintenance was low through several patches of the underlying CMS. As the project manager and development lead, I was constantly making sure our architecture would allow for only enough dependence on the CMS that, in case of a major version overhaul with significant changes, the development team would be able to quickly intervene to update the applications.

On the UX front, future-proof is easier achieved than on the technological foundation. Once a well-functioning platform is attained, one that supplies every need of the users, a long period of design dormancy is possible, that is, until the next paradigm shift in technology reaches mainstream.

Periods of design dormancy are not as rare as one might think, even in a world in constant and furious evolution, but for charities, non-profits, and entities that depend on the generosity of others in order to help people, such periods of “recharge” are a necessity. 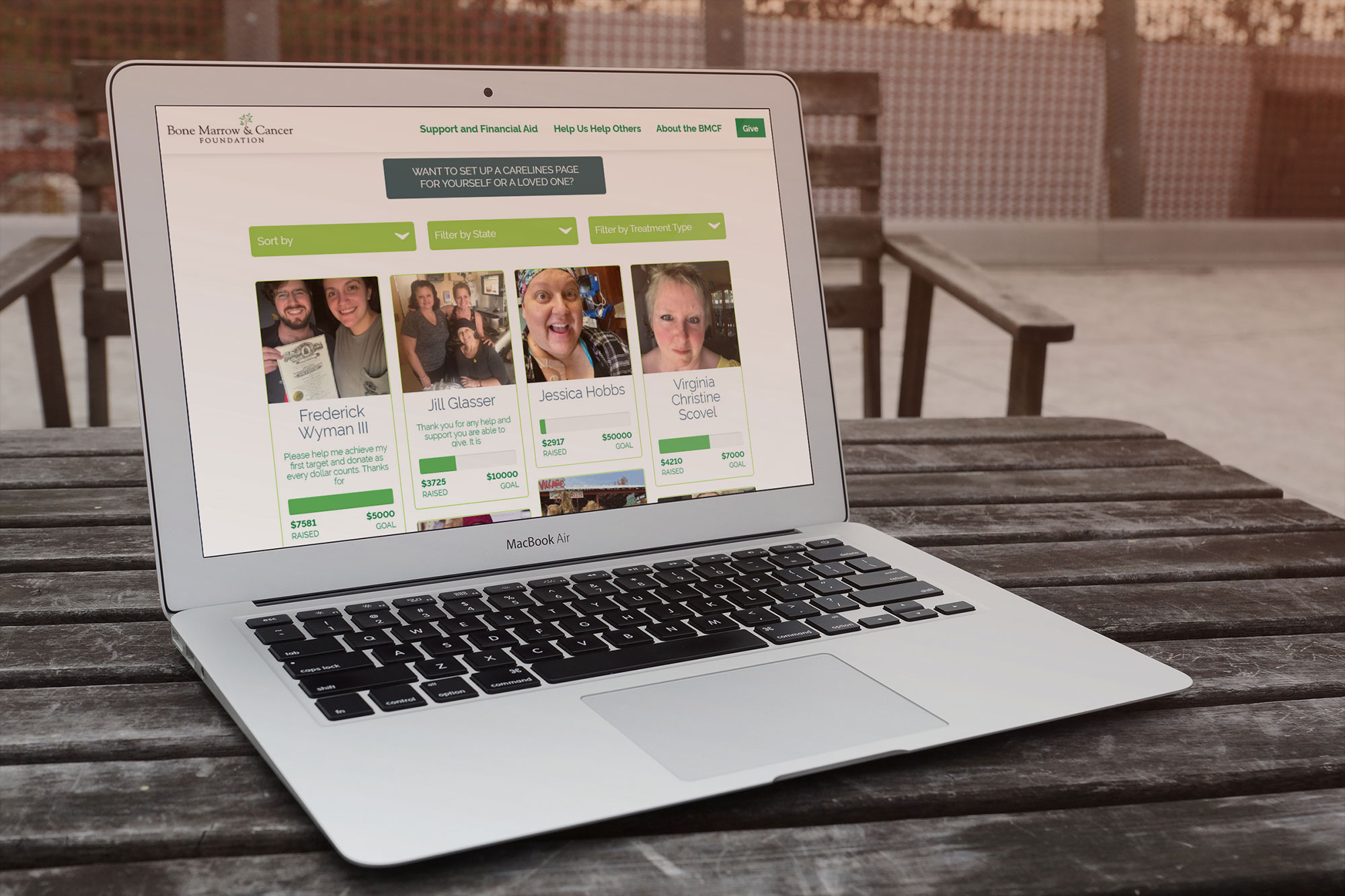 The suite of apps I have designed for The Bone Marrow Foundation was a steppingstone in their growth and reach. With the intensive learning that its stakeholders underwent through the process, I believe their next steps will be even more fruitful in finding new ways of helping people.

Enabled the creation of unprecedent support networks around each patient

For confidentiality reasons I have omitted the actual values for these metrics.